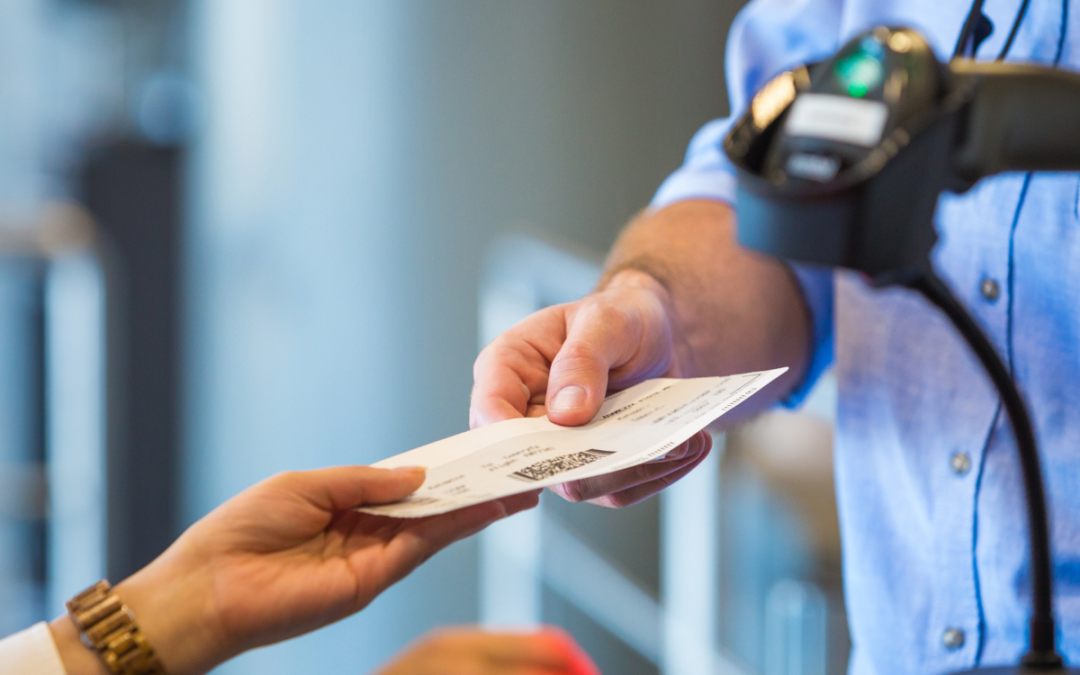 The commercial airline world has for decades revolved around one vital artefact – the ticket. As a traveller, the ticket has always served as something tangible to hold on to as an entitlement to travel (until this was replaced by the electronic ticket, at least!). However, as the world has become more digital, airline passengers have become accustomed to electronic tickets, and of course there are many “ticketless” airlines now, using receipts as confirmation of the entitlement to travel. Behind the scenes, however, many of these “ticketless” transactions are not really this at all, with tickets still being issued in the airline’s reservation system. Even with transactions using NDC messaging to facilitate the purchase, many airlines still choose to issue tickets, whether the traveller really needs one or not, because internal airline processes are often still heavily dependent on ticket numbers and the fare and fare construction information stored in the ticket, as well as the processes which transfer this ticket information to revenue accounting. At the same time, payment processes are evolving, with new alternative payment methods becoming increasingly in demand. Travellers’ expectations are also increasing – they expect to be able to change flights, add on optional services, and even rebook their entire travel plans with the same ease they can change their TV subscriptions. However, the complexity in the background that many airlines manage to hide from their customers gets in the way – an e-ticket is not in the status expected, or there is a mismatch between the ticket and the booking due to a schedule change, for example. Eliminating this complexity is an enormous undertaking, and currently many airlines are struggling to resolve this conundrum.

The shift towards orders may be helping airlines to think (and act) more like retailers. But this has not yet taken away any of the legacy complexity behind the scenes. There is a catch-22 situation for most airlines: tickets cannot be eliminated due to the many dependencies on them still in legacy systems, however the legacy dependencies cannot be eliminated while tickets are still so prevalent. But what are the drivers behind this complexity and the associated dependencies? Well, the ticket contains a few key items of information that are of extreme interest for many different entities within an airline. The fare basis code, for example, is used not only in accounting but in billing and settlement process, route profitability analysis and forecasting, revenue management and countless reporting processes. The flow of this information from the originating system (the PSS) into a plethora of downstream consumers is very difficult to disentangle. The transition from PNRs and tickets to orders would appear to give the ideal vehicle to redefine this flow of data, however the integration points between the various components tend to be very old, complex and are often unstructured or proprietary. Such a transformation is, therefore, costly, and laden with risks – things all airlines want to avoid.

Nevertheless, there is some hope in the form of NDC and, more importantly, ONE Order. The use of orders to augment (and eventually replace) the PNR and e-ticket brings a set of possibilities that airlines can use to address some of the transformation challenges mentioned earlier. The exact same information needed by the airline’s numerous reporting systems, accounting processes and forecasting tools is available in the order, however in a more structured and standardised format. The standards are also in place to facilitate the exchange of such information between users of the data – the ONE Order standards are simple, efficient and already implemented by most of the leading Order Management Systems (OMS) and accounting system providers. Along with NDC and ONE Order, a new IATA standard process known as “Settlement with Orders” (SwO) aims to address another common concern of airlines that has also maybe been holding back the transformation to orders. In indirect channels, where payment is often taken by the retailer (e.g. travel agency, corporate booking platform etc.), the ticket has been the sole basis for ensuring the flow of money from the retailer of the service to the supplier (the airline). As a result of this, tickets are still extremely widespread within indirect distribution, even where these may have been facilitated by NDC messaging. The same applies for interline distribution, where the use of NDC is not very common, or rather, almost non-existent.

While standard settlement processors such as BSP and ARC have adapted to support NDC, the SwO standard serves to provide “a framework for the settlement of orders between partners”. This differs from the previous approaches in that it introduces a new process and modernised set of messages, rather than trying to adapt an existing process to meet the needs of the future. As with NDC and ONE Order, the process does not mandate the use of tickets and EMDs as value documents and is expected to cover not only retailer-supplier settlement, but also interline and even intermodal cases. Will this bring any significant shift away from the dependency on tickets that many airlines still have? Well, as with NDC and ONE Order before, the SwO standard is not likely to solve all challenges and airline may have around settlement, reporting and accounting, data analytics and so on. Still, it does strive to ease another impasse in the existing legacy processes. First NDC gave an alternative approach to the creation of offers, providing the opportunity to get away from concepts such as booking designators, filed fares and other traditional fare and pricing concepts. Then, ONE Order took this a step further, allowing products to be managed more as Stock Keeping Units (SKUs) like in retail rather than airline inventory, independent of the need for tickets and EMDs. However, due to some of the key dependencies mentioned earlier, the majority of airlines have not been able to truly embrace these retailing concepts. And as with the earlier initiatives around “enhanced and simplified distribution”, SwO will not provide an overnight remedy to eliminate the legacy baggage most airlines still carry, it does provide a way forward for re-thinking the integration with downstream applications. Ironically, the interactions between airlines and those selling its products are some of the most disjointed. With SwO, along with NDC and ONE Order, these interactions can become richer conversations between partners. In turn, this may enable airlines truly to begin eliminating some of the legacy concepts that have been hanging around, slowing down the overall progress in the modernisation of airline distribution.