As we mark Earth Day this Friday, we thought to look at the airline industry’s progress on sustainability.

IATA shows the share of each of these as contributors to the Fly Net Zero targets:

Mikosz references the volatility in prices of oil, kerosene and commodities stemming from the current crisis in Ukraine. Airlines urgently need to reduce their dependency on fossil fuels, but that requires significant investment from the public and private sectors in SAF and new technologies.

IATA projects airlines will require 450 billion litres of SAF by 2050 to reach the Net Zero goal, but government support is needed to ensure that adequate supply is available and affordable.

Mikosz writes that SAF uptake, purchase agreements, and production are rising, and investment in new energies like hydrogen or electric is increasing. Still, he warns, “The difficulties of achieving #FlyNetZero cannot be understated, but the progress we are seeing across the industry shows that this goal needs to be achieved, and progress is key, but the road ahead will be long.”

The key, Mikosz suggests, is to keep taking the small steps along the journey that lead us to the destination. He also shares updates on those critical small steps.

Will algae take off thanks to AI?

“Algae can be used as an alternative energy source for many industries, including biofuel and as jet fuel,” says Joshua Yuan, PhD, who leads the research project. “Algae is a good alternative fuel source for this industry. It’s an alternate feedstock for bioethanol refinery without the need for pretreatment. It’s lower cost than coal or natural gas. It also provides for a more efficient way of carbon capture and utilisation.”

While many studies over the past decade suggest algae has excellent potential as fuel biomass, algae growth limitations and high harvest costs hinder commercialisation.

“We overcome these challenges by advancing machine learning to inform the design of a semi-continuous algal cultivation (SAC) to sustain optimal cell growth and minimise mutual shading,” Yuan said.

France announced an investment plan that will allocate €1.2 billion for decarbonising aviation, between 2022 and 2030, including €800 million in R&D towards the development of a hydrogen aircraft.

Alternative fuel start-up Universal Hydrogen will open a facility in New Mexico (US) to manufacture and distribute hydrogen fuel tanks for aircraft.

Airbus will explore high-voltage battery behaviour during test flights of an electric light aircraft this year. The aircraft manufacturer hopes to apply the technology to ‘micro-hybridisation’ – using battery power in a supportive, rather than a propulsive, role for more significant aircraft types.

The U.S. Department of Energy has awarded Pratt & Whitney a project to develop highly efficient hydrogen-fuelled propulsion technology for the commercial aviation industry.

Delta and Airbus will collaborate on industry-leading research to accelerate the development of a hydrogen-powered aircraft and the ecosystem it requires.

Denmark pledged to build up to six gigawatts (GW) of electrolysis capacity to convert renewable power into green hydrogen as it weans itself off fossil fuels to boost energy security.

For readers interested in a deep dive into SAF production, we can recommend this 2020 in-depth study by the U.S. Department of Energy.

The authors of the report summarise SAF targets and objectives in the Abstract as follows:

“The 106-billion-gallon global (21-billion-gallon domestic) commercial jet fuel market is projected to grow to over 230 billion gallons by 2050 (U.S. EIA 2020a). Cost-competitive, environmentally sustainable aviation fuels (SAFs) are recognized as a critical part of decoupling carbon growth from market growth. Renewable and wasted carbon can provide a path to low-cost, clean-burning, and low-soot-producing jet fuel. Research shows an opportunity to produce fuel in which aromatics are initially diluted with the addition of renewable iso-alkanes, aromatics are later fully replaced with cycloalkanes, and finally high-performance molecules that provide mission-based value to jet fuel consumers are introduced. Key to this fuel pathway is sourcing the three SAF blendstocks—iso-alkanes, cycloalkanes, and high-performing molecules—from inexpensive resources. When resourced from waste carbon, there are often additional benefits, such as cleaner water when sourcing carbon from wet sludges or less waste going to landfills when sourcing the carbon from municipal solid waste or plastic waste. Jet fuel properties differ from gasoline and diesel, so research will be most successful if it begins with the end result in mind.”

As IATA’s Mikosz highlights, another opportunity for SAF production exists with renewable electricity and solar heat. Both need synthesis gas as an intermediate, hydrogen and carbon monoxide mixture. Industrial gas-to-liquid processes could then turn this into liquid fuel.

SWISS and the Lufthansa Group are working with Synhelion to develop sun-to-liquid (StL) fuel. Synhelion has developed a unique technology that will use solar heat to drive thermochemical processes for SAF production. Solar heat is the cheapest renewable energy source available. Solar-fuel plants are self-sustaining without requiring a power-grid connection so that production capacities can scale quickly and independently. 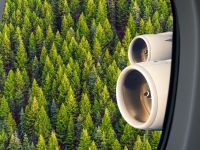 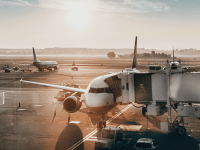 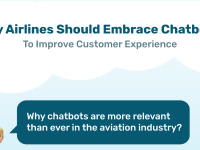