The Good And Bad Of Airline Loyalty/Rewards Changes 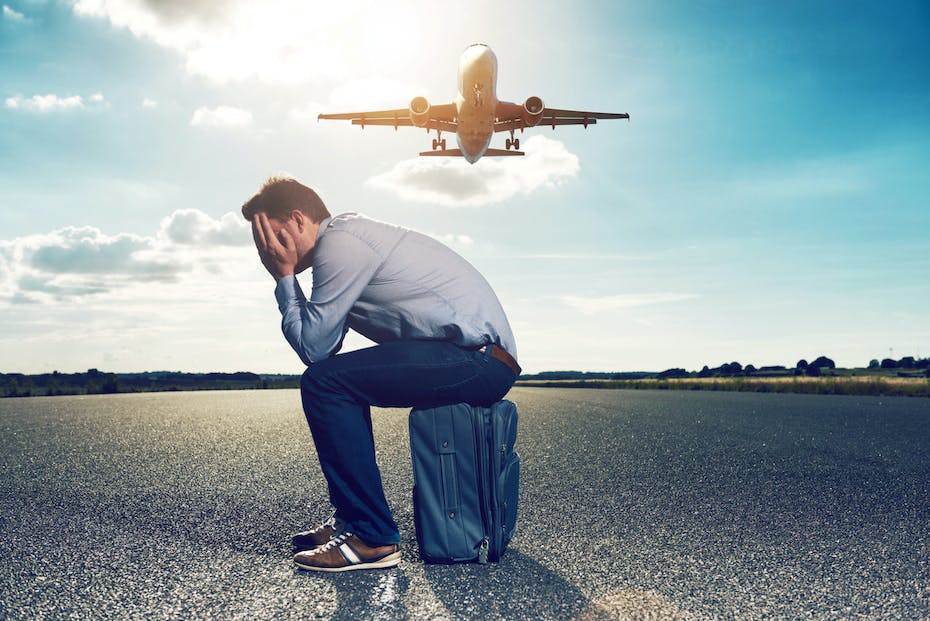 “It’s no longer a world where data can be ignored,” says Coleen Kuehn, chief media officer for Merkle, the analytics marketing agency. “The travel industry is quickly consuming that data to adapt their programs to both better personalize and meet the increasing demands of travelers.”

Airlines and passengers will continue to navigate the evolving landscape for loyalty and rewards programs into this year. At the heart of the changes is the shift from static, stable awards rates for accrued mileage points to dynamically driven pricing that factors in how much demand there is for a desired flight.

In a sense, the change is simple and reflects the “surge-pricing” of other industries like ride-hailing. Of course, consumers could stand to benefit, at least theoretically, if they decide to cash their mileage in for a ticket on a flight that appears underbooked.

Still, the changes have left passengers increasingly frustrated and confused about the status and value of their accrued loyalty program points.

“This is the third year in a row that we’ve seen airline loyalty program customer satisfaction hampered by a widespread lack of understanding of how to extract the most value from the programs,” Michael Taylor, Travel Intelligence Lead at J.D. Power, told us back in November, as the researcher found that 45 percent of airlines’ loyalty members can’t figure out how to earn or redeem reward.

“Many airlines are evaluating the success of their loyalty programs based on dollars spent by travelers rather than on miles flown. That’s a significant shift away from rewarding frequent travelers and toward rewarding high spenders.”

To get a larger sense of what airlines and passengers faced in 2019 and what’s to come in 2020, we reached out to Coleen Kuehn, chief media officer and EVP/GM for Travel, Media, and Entertainment at Merkle, the analytics marketing agency.

Kambr Media: There’s been a lot of passenger confusion and consternation about changes in loyalty/rewards programs, as airlines such as Delta and Lufthansa have embraced dynamic pricing. What is the state of airline loyalty programs? Has 2019 been a year of change in terms of loyalty/rewards?

Flat miles based programs are devoid of valuable intelligence being leveraged by so many other industries today. New dynamic structures are a data-driven way for airlines to manage their loyalty programs the same way they manage their inventory on a daily basis.

For flyers, it requires a change in thinking and a change in how personal earning goals are set given the fluidity in reward pricing. Consumers are familiar with demand-based pricing but applying that logic to award miles will take some to adjust.

Overall the data-driven approach to dynamic earning and redemption structures is here to stay. This application is new to travel loyalty programs, so it is fair to say the kinks are still being worked out. There will be more changes as airlines and hotels alike gather learnings on how travelers collect and redeem their earned travel currency.

It’s no longer a world where data can be ignored; the travel industry is quickly consuming that data to adapt their programs to both better personalize and meet the increasing demands of travelers. Common threads showed consistency across the large U.S.-based carriers.

A few examples: United joined Delta in eliminating their award chart (and with it, ceilings for mileage redemptions).

American, Delta, and United all matched increases in elite status requirements over the years, and for most of 2019, their requirements were all nearly the same. And all three airlines have introduced a basic economy fare class.

However, some changes that have been introduced may point to a bigger shift than the airline loyalty industry is ripe for. United recently announced that they would be changing how their elite membership would work – spending requirements would increase, but distance flown isn’t important, and the number of segments needed was reduced. They also enabled travelers to qualify only by spending.

American also added a similar distance waiver as a promotion for targeted AAdvantage members. This shift is important, because it signals a bigger potential change across programs, with a stronger focus on dollars spent instead of flights taken or distance traveled, which could lead to more elites competing for benefits and an even stronger preference for business travelers.

To combat this, airlines launched and continued with partnerships and promotions that create buzz and appeal to broader traveler segments. For example, Delta continued its partnership with Lyft and Airbnb, enabling SkyMiles members to link their accounts and earn miles when using those partners.

Another area where we are starting to see more change is around promotions or challenges that incent travelers to take specific actions.

United Airlines Mile Play, for example, incentivizes targeted MileagePlus members with bonus miles when they book and fly a certain number of trips or miles within a specific timeframe. JetBlue’s TrueBlue Badging program is still on “hold,” but there are still several available through the program, which allows members to earn bonus points and earn a badge when they take certain actions, like purchasing and flying a certain number of round-trip flights in a calendar year.

In 2020 and beyond, it’s expected that airlines will continue to look for ways to differentiate their programs from each other while maximizing revenue. Because of the core program focus on revenue and dollars spent, expect additional marketing and promotional campaigns to become even more common as the airlines look for other ways to incent and engage less frequent, lower revenue (but still valuable) travelers.

Lastly, it’s expected that we’ll continue to see sustainability as an area of focus. JetBlue just announced that it will become carbon neutral on all domestic flights by July.

American Airlines recently eliminated plastic straws from their lounges and eliminated more than 71,000 pounds of plastic per year by changing to bamboo stir sticks for their inflight services. Delta voluntarily capped carbon emissions at 2012 levels by purchasing carbon offsets and offers customers the option to purchase their own carbon offsets.

What were some of the positive and negative changes/aspects that defined loyalty programs this past year? What do you expect in 2020?

Southwest, Delta, JetBlue, and United have all recently implemented a miles don’t expire policy for the frequent flier programs. Airlines know there is a correlation between satisfaction and miles redemption. They want members to use their hard-earned miles and reap the benefits of their loyalty program. And the ways in which fliers can redeem their miles is expanding as well.

Expect more choice when it comes to redemption. Just as airlines are using data to drive intel into their rewards programs they are also better leveraging member data to understand how they want to spend their valuable miles. Delta Airlines, for example, is doubling down on its commitment to using data to meet the needs of frequent fliers and continuing their commitment to bring more bespoke experiences to their members.

United Airlines understands its members want to connect with the world on a personal level and as a result launched Miles on a Mission, a crowdsourcing platform to give frequent fliers a simple way to donate miles to non-profit organizations in need of air travel. The catalog of redemption options will continue to increase in 2020.

The Value of Seat Selection

The value travelers place on seat selection has skyrocketed over the years as airlines have expanded past the basic first-class, business-class and coach seat classifications. On some planes you now have up to 6 different seat choices.

Each seat comes with its own set of benefits and things like free bags, more legroom and overhead bin space and these features are now on the table for purchase. We expect to see miles become the currency of choice in micro seat selection with passengers cashing in earnings to upgrade to prime positions even within the same cabin.

In 2020 expect to see airlines heavily investing in their mobile app.  Not surprisingly, frequent flier app usage continues to increase. As a result, airlines are continuously working to improve mobile features and 2. better leveraging the data they have to power the mobile experience for users. Mobile is a very efficient way to deliver the personalized experience members want from their loyalty program as well as enable a seamless travel experience from booking to wheels down.

How has Merkle worked with travel brands to redefine and improve loyalty programs?

We can’t name the client, but one example is where we partnered with a large global travel brand to develop an immersive engagement hub that included gamified experiences, localized content, chances-to-win, and virtual exploration of properties. Through this solution, we were able to increase engagement and acquisition, resulting in a 57 percent lift in pre-bookings.

We also partnered with a large brand to identify consumers, drive acquisition, and close purchase loops for their mobile-first loyalty program. We created a daily game as a short-term activation where users were required to be existing loyalty program members or join the program to earn chances to play and win.

The campaign also featured an advanced social referral model that rewarded their members for referring their friends to register and play. This activation drove nearly 100,000 net new members and had a 260 percent-plus increase over historical media conversion rates and a 35 percent decline in cost per acquisition. 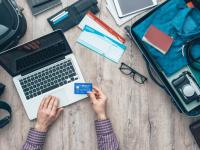 Payments will be even more pivotal for airlines post-pandemic 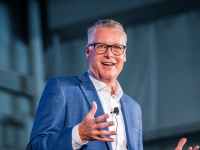 The dangers of traveling with bad customer support 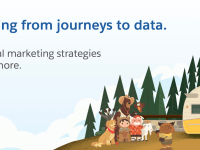 Plain vanilla programmatic marketing strategies do not cut it anymore