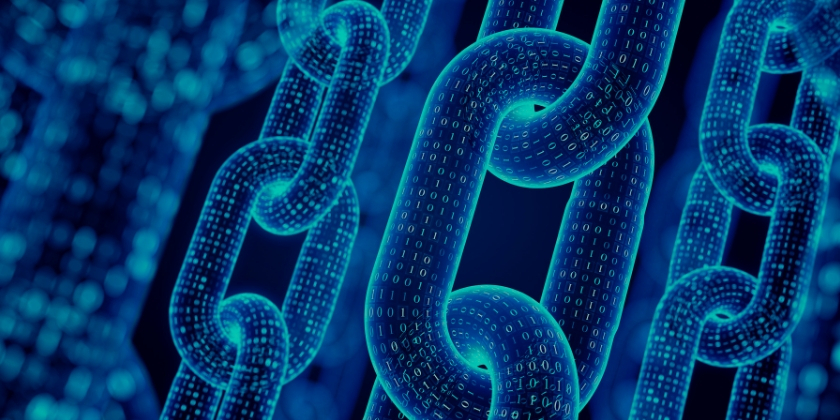 It’s too easy to dismiss technology as hype when it’s difficult to understand but it’s all anyone is talking about. Gartner’s own view of blockchain’s progression in the hype cycle—sliding into the trough of disillusionment—is justification enough to approach blockchain with caution. But the usefulness of blockchain to air transport lies not on a curve, but at the point where the industry’s high volume transactions and complex logistics meet.

According to SITA’s 2018 Air Transport IT Insights report, only one in ten airlines have a major program for blockchain underway, but 59% now have pilot or research programs in place.

Most airlines participating in the survey expected blockchain to be used to manage passenger identification — 40% of airlines said this would be a major benefit. Other areas where airlines believe blockchain technology would be beneficial is managing Frequent Flyer programs (34%) and e-tickets (31%).

The role blockchain in the future

Speaking on the role blockchain might plain in the future of airline retail at IATA’s Airline Retailing Symposium (AIRS) in Rome, Xavier Lagarde, Group Head of Distribution Lufthansa Group acknowledged the hype around blockchain but said the volume of transactions involved in the travel sector justify a closer look—and not just as a sales tool.

“If you look at the fundamentals of blockchain—this secure database of dis-intermediated transactions there is a lot of potential,” he said. “There is a potential to apply blockchain in a B2C context and enhance the experience by enabling the buying side and the supply side to meet.

But there is also a lot of B2B potential in areas of our complex ecosystem. Take aircraft management and the hassle it is today to keep track of parts that an airline owns. When you re-sell an aircraft, one of the most difficult things is the parts documentation that you are able to shift with your aircraft.

If the whole industry was bringing that into blockchain, for instance, with security and tracking of historical transactions, there could be a tremendous realm of value generation and avoided opportunity costs. For instance, if you don’t know where the paper documentation of your oxygen masks is, you have to buy new oxygen masks in order to sell your aircraft.”

Still, airlines are trying blockchain-enabled distribution on for size.

Air Canada announced at the end of October that it would be the first North American airline to participate in Winding Tree’s public blockchain-based, decentralized open-source travel distribution platform currently under development. Other participating airlines include Air France, Air New Zealand and Lufthansa and hospitality participants include Nordic Choice Hotels and Citizen M.

“Air Canada is showing itself to be a real leader in innovation,” said Pedro Anderson, Founder and Chief Operating Officer of Winding Tree. “We are excited to have their valuable collaboration in creating the ideal developer experience and their ongoing feedback along the way as we build an open environment for travel distribution.”

Airports are also looking at the potential applications to manage their own complex data sets and to harmonise data with their airline customers. SITA Lab conducted a blockchain proof-of-concept trial with British Airways, Heathrow, Geneva Airport and Miami International Airport, called FlightChain, to reconcile the “single version of the truth” for flight departure and arrival times.

Brussels Airport has launched a blockchain-based application which can track cargo transfers between ground handlers and freight forwarders.

According to SITA’s 2018 Air Transport IT Insights report, airports will keep experimenting; 34% of airports surveyed said they had have plans for blockchain R&D projects by 2021.

Blockchain as a panacea?

Speaking at AIRS, Campbell Wilson, SVP Sales and Marketing at Singapore Airlines was a bit more skeptical of blockchain as a panacea.

“The potential for blockchain is significant but it’s actually not something that can’t be achieved now, with existing systems,” he said.

“It’s just that those existing systems don’t talk to each other. Or, people have a vested interest for them not talk to each other. Blockchain will come, but I don’t think it will be truly revolutionary unless the rest of the ecosystem buys into it and uses it to its potential.” 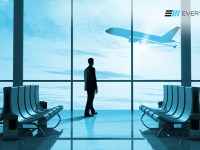 Undisrupt: Bringing Power Back to Airlines 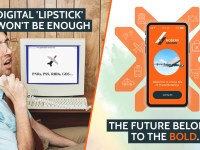 A New Digital Retail Reality – The Future Belongs to the Bold 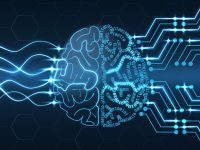 Getting the Most of AI 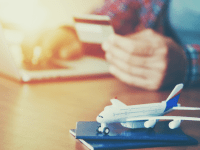 NDC Grows, But There Are Big Hurdles To Overcome