Icelandair has announced plans to operate all its domestic routes with emissions-free aircraft by the end of the decade. The ambitious target will make it the first national flag carrier to achieve this.

“We’re focusing on having our domestic operations carbon-free by the end of this decade. We believe it’s realistic that this will happen within a few years, and we’ll be the first airline, or the first country, to have carbon-free domestic aviation […] whether it will be a hydrogen-powered or partly electric-powered aircraft.”

Using green sources to either generate hydrogen or power batteries, Iceland is in a particularly strong position to meet these targets.

Icelandair’s domestic routes are relatively short. The longest takes one hour to complete. This helps to make Icelandair’s target more achievable, as the aircraft will not have to be powered for too long.

Given the geology and location of the country, it is a bountiful source of renewable energy. The biggest hydroelectric power stations in Iceland are fuelled by harnessing glacial melt. Additionally, the country obtains green electricity through geothermal systems powered by volcanoes and other natural sources. Iceland are also developing their green hydrogen potential which will play a significant role in the country’s mission to become fossil free.

Harnessing green energy from a range of sources including geothermal systems and hydropower, the country runs on 85 per-cent renewable energy. These green energies are now being turned towards Iceland’s transport, having been applied to almost every other industry in the country.

Although Iceland benefits from rich natural resources which help the transition to green energy sources, the ambitious target Icelandair has set themselves demonstrates their determination to curb aviation’s carbon emissions. 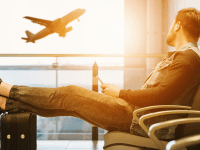 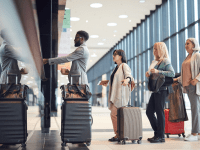